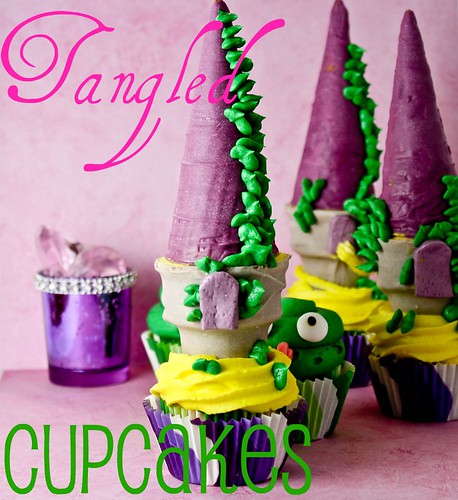 Most of you know that I live with two boys.

Two boys who sweat, have beef jerky breath, and watch TV shows where people do pointless things like eat leaves and catch fish with their bare hands or tackle each other.

Anyways, it’s because of this that I don’t often make cupcakes about girly things.  I’ve done Angry Birds, Rango, and Jack Skellington,  but none that were about a girly movie.  Because FYI–boys don’t eat purple cupcakes with castles on them.  They leave them for me, and then I eat them and my face breaks out and I get a huge giant zit right on my forehead that gives me a zit headache.

But a reader emailed me recently asking me if I’d consider doing Tangled cupcakes, because her little girl has a birthday coming up and is absolutely obsessed.  And at first I was all “what?!  I have no time for such nonsense, I’m too busy picking the marshmallows out of my Lucky Charms and texting my husband annoying questions” , but then I saw the part of the email where she A) promised me fruit snacks and B) threatened to send photos of her girl making puppy dog faces.

Which if we’re being honest here, I am immune to the puppy dog face, but fruit snacks are like my kryptonite. So… 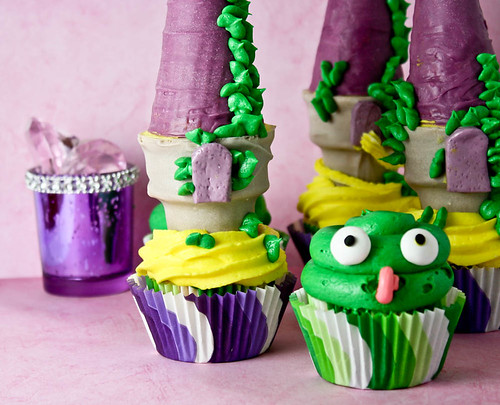 I kept them very simple because honestly, what good are fabulous cupcakes if no one can actually MAKE them??  So these aren’t as elaborate as they COULD be, but they’re cute and they get the point across.

The point being “This is a Tangled Party and I am a mom who makes cool cupcakes and I’m secretly hoping that the other moms at the party feel slightly inferior”.

(Don’t act like that isn’t your point.  It’s SOOOOO your point) 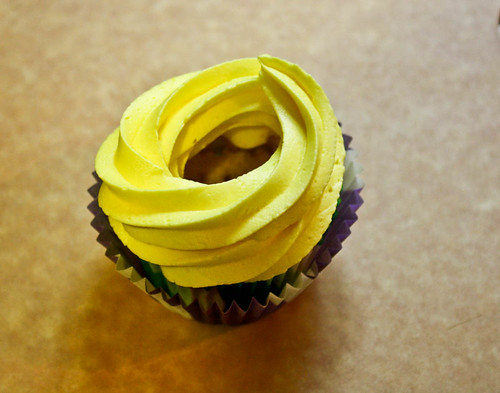 To make the castle cupcakes,  I cut a hole in the middle of the cupcake.  I used the bottom of a large piping tip, but you can use a knife too, just cut the hole about the same size as the bottom of an ice cream cone.  Put a dab of frosting in the bottom of the hole, to help the tower stick.  Then pipe a couple swirls of yellow frosting on top of the cupcake, around the hole you cut. 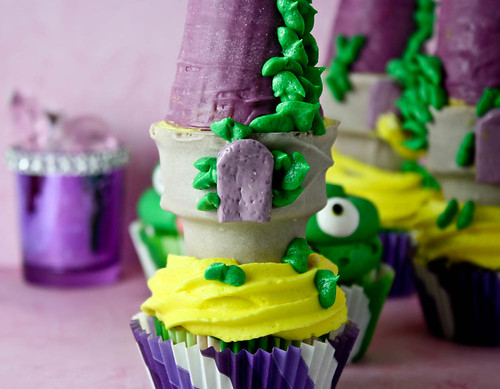 For the bottom of the tower, you just need to coat a cake cone in melted candy melts or almond bark.  I used white almond bark with a few black candy melts thrown in to give it a grey-ish color.  Once set, press the cone firmly into the hole you cut.  Cut a window from purple Laffy Taffy (any soft, moldable candy will do) and stick it on with a dab of frosting. 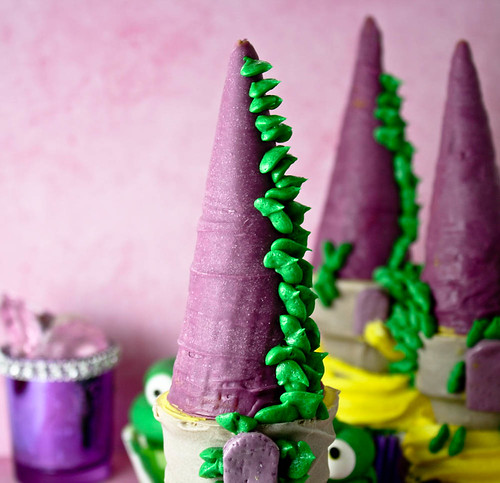 For the top of the tower, just coat a sugar cone in melted purple candy melts.  Once set, attach to the bottom of the tower with a bit of frosting.  Using a  leaf tip, pipe some green frosting leaves on the tower.  Leaves are one of the simplest things to pipe, and really make these cupcakes pop.  Even if you think you don’t know how, I promise, it’s as easy as squeezing and letting go of the piping bag.  Definitely worth trying. 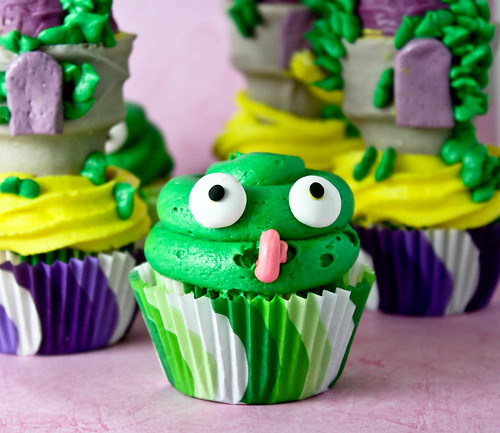 Pascal the chameleon looked like he would be fairly complicated to create in detail, so I stuck with a very simple version.    Swirl on some green frosting with a jumbo round piping tip.  Use two white candies for the eyes (I used White Chocolate Candy Corn M&Ms) and either attach a couple of black confetti sprinkles (I picked them out of a halloween mix I had of purple, green and black) or draw two black dots with a food marker.  Using pink Laffy Taffy, make a rolled up tongue and stick it right on. 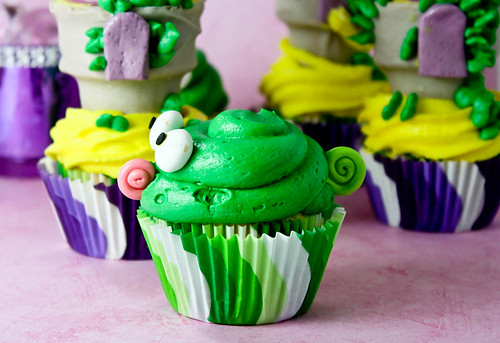 And do the same with green and attach to the back for a tail.

Now for other girly news.  When I was younger, one of my all time favorite things to do was play paper dolls.  So I was super excited when I was contacted by illustrator extraordinaire Tricia Rennea about making a play kitchen set inspired by my blog.  She’s also done sets for Sweet Sugarbelle and Tip Junkie that were ADORABLE, so I couldn’t wait to see what she came up with!!

If there is a little lady in your life who would enjoy this (or you….totally not judging) just click HERE to visit Tricia’s site and find out how to download the whole set for free.

Thanks so much for reading!! I hope you’ve gone and checked out the new non-food site I’ve started with my friend Shelly from Cookies and Cups.  If you haven’t, you can click here to go see what we’ve been up to!!

Have a wonderful Tuesday!!