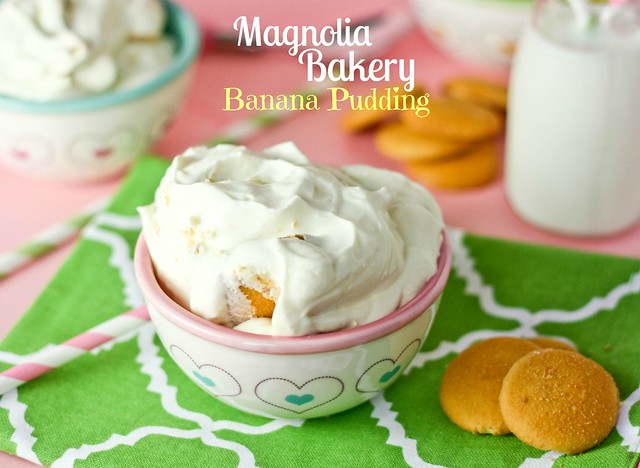 A couple of months ago, I went to New York City to visit my very good friend Shelly.

We had no real plans, other than stuffing our faces and buying things we didn’t need, which incidentally are two of my most favorite things to do.

One morning, we were sitting on some steps eating waffles (mine with strawberries and whipped cream, hers with Biscoff spread), and as we watched a senior citizen wearing a bikini ride by on his bicycle, we realized that a Magnolia Bakery was around the corner.

Obviously, we were eating waffles but everyone knows that the squares are negative calories, sooooo….it’s basically like eating air.  So we finished up and headed over to Magnolia.

If you’ve never been to Magnolia bakery, they have tons of good treats.  Layer cakes and brownies and humongous cupcakes that look amazing…but I’d been told that their Banana Pudding is what dreams are made of, so Shelly and I decided to split a giant container.  Because remember, those waffles were just flavored AIR (the fact that MY waffle had strawberries on it meant that I actually BURNED calories eating it..sorry Shelly).

I don’t usually love banana pudding that I don’t make myself, so I was pretty skeptical.  Until I took a bite and pretty much died.

Then I took a lot more bites and so did Shelly.  Except I’m pretty sure I took more bites because even though we were splitting it, I was eating for two which made me entitled to more pudding than her.

Then Shelly was all, “Ugh, I should NOT have eaten all that right after the waffle” and I was all, “well, I’m pregnant which means I can eat whatever I want but you’re right…YOU were a little obnoxious, Shelly”

Okay that part didn’t happen.  But we were both full yet unable to resist the banana pudding magic.

Then I remembered that I had the Magnolia Bakery Cookbook at home and sure enough, the pudding recipe is in it!!

And then it took me over two months to actually make it because apparently I am a moron. 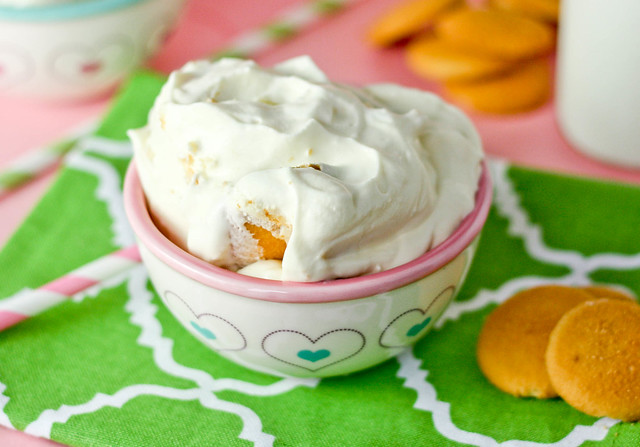 And now I am telling you — you need this in your life.

I’m actually 99% certain that it’s what they feed unicorns, which actually makes a lot of sense.

You need this cookbook in your life!! It’s full of great recipes, but the Banana Pudding is definitely one of the best.

Enjoy and have a very happy Monday!!