Diary of a Wimpy Kid Cupcakes 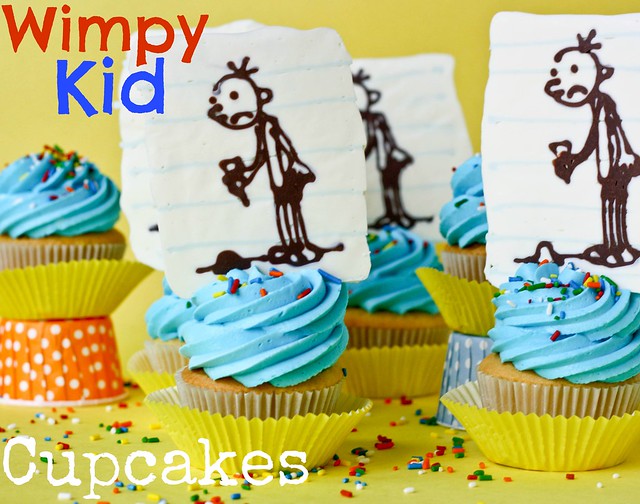 I think most moms with a son between the ages of 5 – 10 would tell you that Diary of a Wimpy Kid holds a special place in their heart.

Jon David and I love it.  The books are so fun, and the movies are hilarious.

The latest movie, Diary of a Wimpy Kid: Dog Days comes out Friday and Jon David has been reminding me that we need to see it for WEEKS.

If you haven’t seen the trailer, here it is:

I haven’t done decorated cupcakes on the blog in SO long (I think since I’ve been pregnant…maybe the baby is stifling my creativity, hmm?), but I knew I had to create something fun in honor of this movie. Not much I bake impresses Jon David anymore, so I was really hoping these would do the trick. 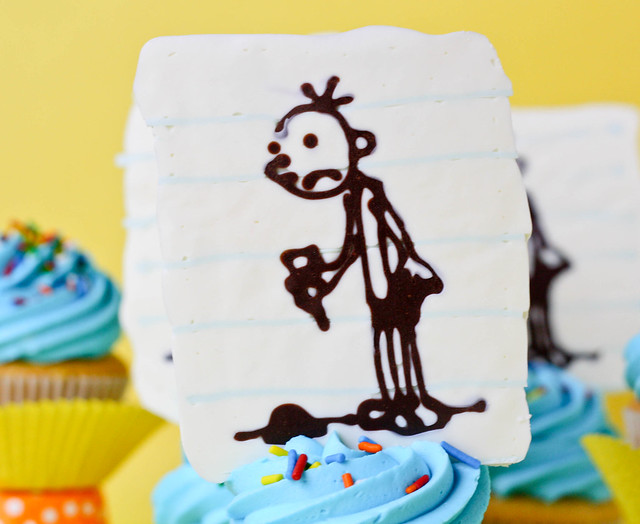 They were actually really easy to put together, and Jon David loved them.

He kept asking, “Mom…how did you do that?” and I was all…”The same way I know when you don’t really brush your teeth.  Magic, duh.” 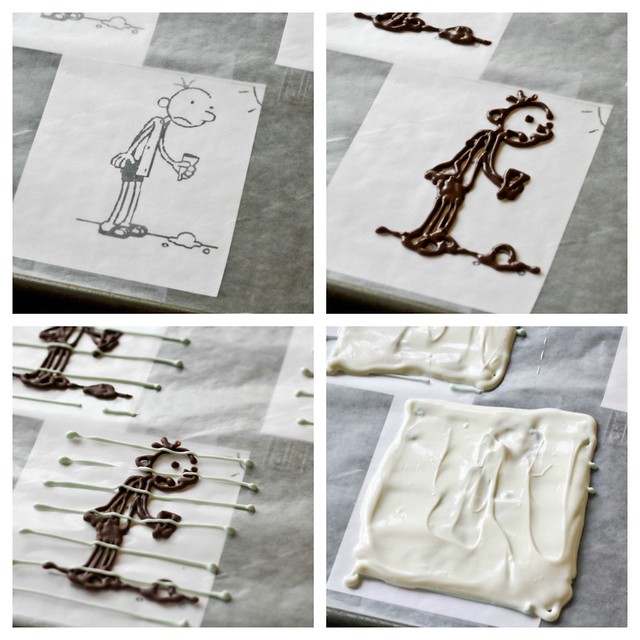 All you need are some chocolate, white, and light blue candy melts.

I found a picture of the book cover online, and printed out several of them.  I then cut them out and taped them to a cookie sheet.

I taped wax paper to the cookie sheet, over the images.

Using a disposable piping bag and a #1 tip, I traced the Wimpy Kid with melted chocolate.  Once they were all finished, I placed it in the refrigerator for a few minutes to set.

Once it was set, I piped light blue lines using a #1 tip over the image of the kid, then placed it in the refrigerator again to set up.

Then all I did was smear a bunch of melted white candy melts over the lines.  It doesn’t have to look even, you want it to kind of look like torn notebook paper.  Stick a popsicle stick to the white chocolate before placing it in the refrigerator.  This will give it something to stabilize it and keep it stuck in the cupcake.  Let the white candy harden.

Then just frost your cupcakes and stick the toppers in.  You’re done!!

I really hope you enjoy these as much as I enjoyed creating them!!

Have a very happy Thursday!!

**I am not affiliated with The Diary of a Wimpy Kid in any way.  We just enjoy the movies and books!