These Conversation Heart Cupcakes aren’t really a recipe, more like an adorable decorating idea. I made these cute treat super easy to put together! 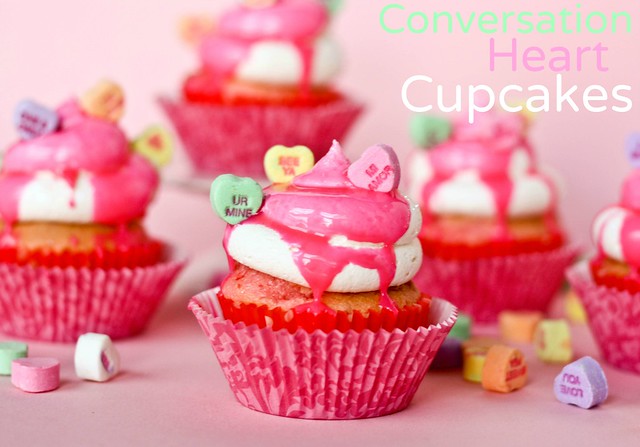 I have reached the point in my life where I have realized that I’m not cool.

Because it’s impossible to be cool when you find yourself saying things like, “You’ll look back one day and know what I mean, ” or…”What do you mean, you want giant $200 headphones??  I should have saved mine from when I was a kid…I thought smaller was better nowadays?”

I have officially reached the point in my life where stuff went out of style, then circled back around, got BACK in style, and totally confused me.

When you’re scratching your head saying, “those are popular again??  I don’t get it”, you are officially uncool.  There is no denying it.

Honestly?  I’ve never been one to care much what other people think, but it DOES kinda suck to find yourself saying things that in hindsight, are old person things to say.

How did this even happen?  Do kids look at me and think that I look like a mom person?  Do I not look like I’m in my late teens like I imagine myself?

I need a few days to wrap my brain around all this.

Also, things are finally starting to make sense.  Like why the cashiers at Forever 21 talk so loud when I go to pay.  I thought it was so they could hear over the music, but maybe it’s because they thought I might be hard of hearing?

Let’s talk about something else.  This is depressing. 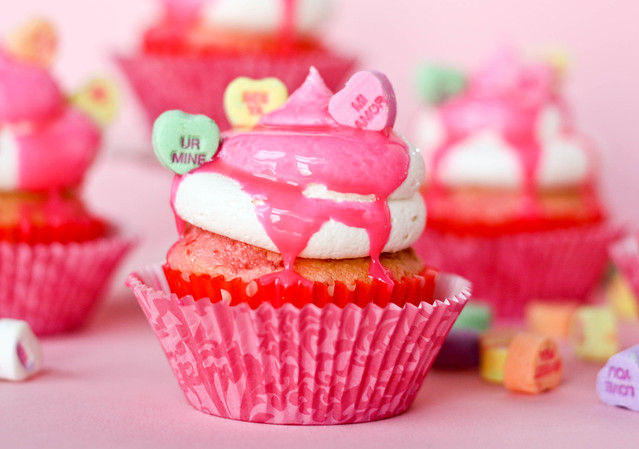 These cupcakes aren’t really a recipe, more like an easy decorating idea.  Because decorating cute cupcakes can be a pain sometimes, I made these super easy to put together.

All you need are frosted cupcakes, some white chocolate ganache, and some Conversation Hearts for garnish. 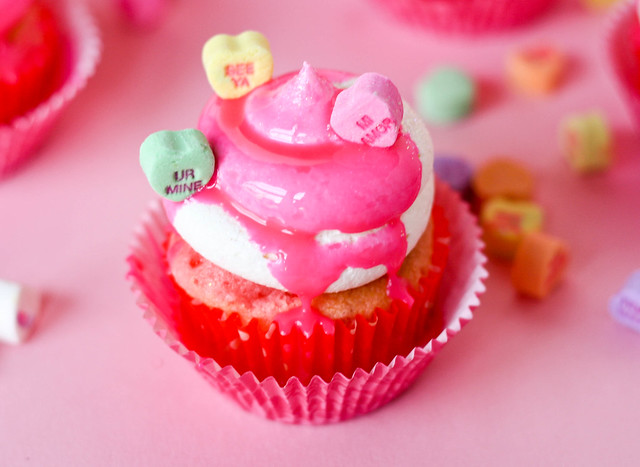 You can pipe your buttercream on your cupcakes using a Jumbo Round Tip like I did, or you can just pile the frosting on with a spatula.

Chill the frosted cupcakes for about an hour, then spoon ganache on top and top with Conversation Hearts.

For Buttercream: Beat butter, milk, and vanilla in mixer, on medium low speed until smooth and combined. Slowly add powdered sugar with the mixer on low, until just combined. Increase mixer speed to medium high and continue beating until smooth and fluffy. Add more cream or milk if frosting is too thick and beat to desired consistency.
For ganache: In a microwave safe bowl, combine white chocolate and heavy cream. Microwave on high, stirring every 15 seconds until chocolate melts and mixture is smooth. Stir in corn syrup and refrigerate until cool and thick. Add a drop or two of candy coloring.

You can buy candy coloring at most craft stores. I prefer candy coloring because it is oil based, not water based, which can cause chocolate to seize up.

Enjoy and have a happy Monday!!