Almond Joy Cupcakes: start with rich chocolate cupcakes, add almond buttercream, and chocolate ganache, and top it all off with sweetened shredded coconut! 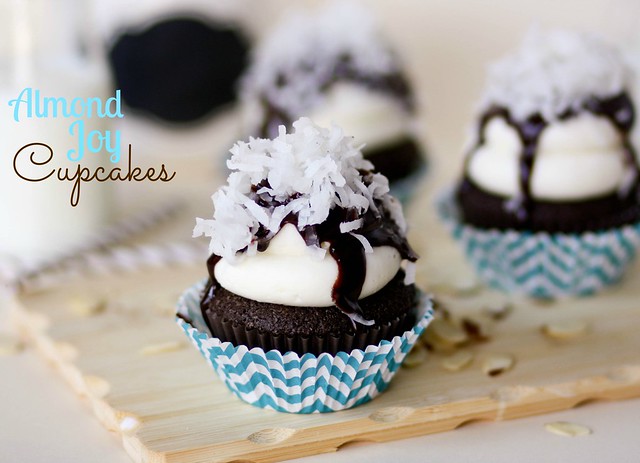 Jon David has reached that age where sleepovers are starting to be a regular thing.

And at first, I thought it was great!!  Because he’s home with a baby all day, he gets bored a lot…so having a friend over keeps him busy, and if he goes to another friend’s house, I figured it would be a nice little break.

It turns out that sleepovers are basically from the devil.

Who even made up sleepovers, anyways?  Because they make about ZERO sense.

Why do you need to sleep at your friend’s house?  Adults don’t do that.  I go see my friends, I go home.  Maybe I meet someone for the occasional breakfast.  But I don’t show up and be all, “Gee, let’s hang out allllllll night and then I’ll just throw a sleeping bag and your floor so we can see each other first thing in the morning”.

That is SUCH a weird thing to do. And hello, aren’t we supposed to be preparing our children for adulthood?

Do we want our kid to be that weird adult who never gets the clue that it’s time to go home?

Because the worst is when you have someone over, and it’s CLEARLY their children’s bedtime, but instead of going home they’re asking if you have graham crackers and putting together a makeshift pallet while their child is has a meltdown in the middle of your living room.

No thank you, sir.  I said NO THANK YOU.

Anyways, the thing that happens after a sleepover is that Jon David gets this thing called a sleepover hangover.  Meaning that lack of sleep and abundance of sugar acted as a dangerous cocktail, causing my normally sane child to act completely ridiculous — grumpy, emotional, and 9 times out of 10 he’s crying because I looked at him wrong.

It seriously takes an entire day to recover from a sleepover hangover.  It’s ridiculous, is what.

Can all us adults just band together and outlaw the sleepover?  I know we have fond memories of sleepovers as a child, but as an adult, I realize that all this comes at a ridiculous price.

Not worth it, universe. 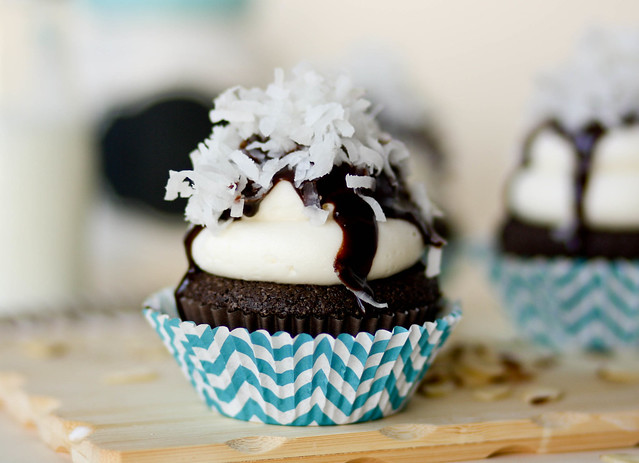 I have never seen a children’s sleepover where the next morning didn’t start off with the words, “aren’t you kids still tired?”, or “WHY ARE YOU UP ALREADY??”.

Just some food for thought. 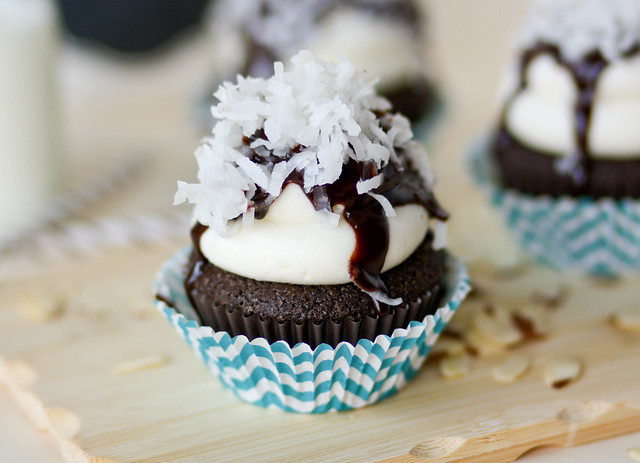 Well, they’re food.  Not really much to think about, other than they’re awesome.

Want one or forty?

If you're going to pipe the frosting high on your cupcakes, you'll want to double the frosting recipe. The ganache will stay the same amount.

These Almond Joy cupcakes are delicious — I hope you enjoy them as much as I did!!

And if you’re interested in the super cute chevron cupcake liners, you can purchase them HERE.

Have a happy Monday!!